The Costa Brava can be translated into ‘rough coast’ or ‘wild coast’ and is located in the northeast of Spain. It stretches from Blanes in the south, to the French border in the north. It is part of the region Catalonia which recently was all over the news, because of its independence movement – especially when an independence referendum was held in October 2017. Even though the result of the referendum (90% voted in favour of independence) was never accepted by the Spanish government, the independence movement in Catalonia remains strong.  When travelling along the Costa Brava you will see and feel the strong and proud connection to Catalonia which is culturally and linguistically unique in Spain. We spent about one week exploring the different facets of the Costa Brava and mainly visited Girona, Roses, Besalú and Cadaques (map). 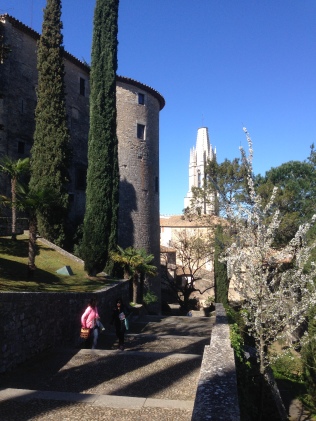 Girona has a population of 99,000 and is located about 100km northeast of Barcelona. Even though Girona is not directly part of the Costa Brava, many travellers start their journey right here, as it has the closest international airport to the Costa Brava. But Girona has so much more to offer than just an airport. The charming, ancient city centre of Girona was deeply impressive. It feels like walking through different historical, architectural styles. There is the ancient cathedral, which was formerly also used as a mosque by the Moors. There is the Collegiate Church of Sant Feliu in its 14th-century Gothic style. And there is the Benedictine church of Sant Pere de Galligants in its early Romanesque style. To top it off, the whole city centre is surrounded by a city wall that was built in Roman times in the 1st century BC and was rebuilt in the second half of the 14th century. This city is a paradise for history fans. Besides the historical highlights, Girona offers small alleys with countless, individual shops, restaurants and cafés. We can highly recommend the café ‘La Fabrica’. It has a unique style and offers amazing drinks and individual dishes. This café became one of our most favourite cafés in the world. You should also check out the café and coffee roasting house ‘Espresso Mafia’ and the small snack bar ‘Volver’. 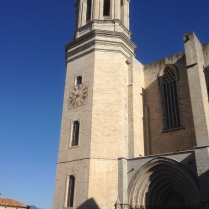 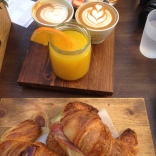 The population of Roses is 20,000 during low season and can reach up to 120,000 during the summer. Roses can be seen as a typical touristic city of the Costa Brava. The historical highlight of Roses is a fortress, called ‘Castell de la Trinitat’, that dates back to the 16th century. Furthermore, Roses offers a Palm-lined sea promenade alongside the harbour. Still, Roses is objectively seen not really a beautiful city, but is a good basis for tours around the Costa Brava and provides some great restaurants. ‘Can Cervera by La Croqueta’ for meat lovers. ‘El Rey de La Pampa’ for some authentic Paella. In general, you should definitely try some Sashimi (‘Atun’) that is caught right of the coast of Costa Rica. 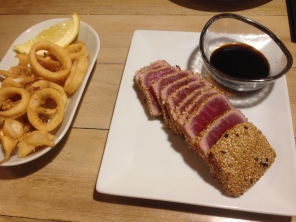 During the early middle ages Besalú was the most important town of the region and was declared a historical national property in 1966. Besalú´s most significant features are its 12th-century Romanesque bridge and the church of Sant Pere. This town features narrow streets, medieval buildings and beautiful squares. It is an absolute highlight of the whole region. It somehow feels like you travelled back in time and landed in the early middle ages.

During our time on the Costa Brava we simply kept on coming back to Cadaques and visited this picturesque town three times. Cadaques only has a population of around 3,000, but is world famous. This is mainly, because Salvador Dalí lived and worked in Cadaques from 1930 to 1982. Today Dalì’s house is a spectacular museum which you have to visit. But especially during the high season you need to book a ticket in advance (online or at the entrance). Even though Cadaques is closely connected to Salvador Dalì, this town itself has a lot to offer. Most striking is that nearly all houses are painted in white and are swung around the coastline. Cadaques has an amazing atmosphere which can be described as open-minded and laid-back. The café and snack bar ‘Blau Bar’ perfectly represents this image. In general, there are plenty of restaurants, cafès and shops. Cadaques is a place that we directly fell in love with. 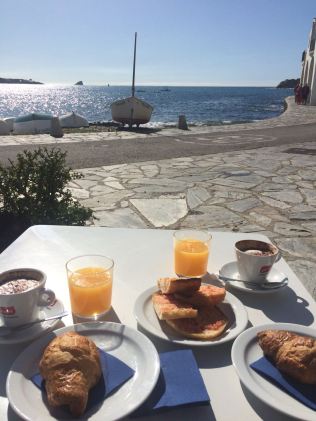 The Costa Brava is one of the most exciting regions of Spain. Its culture and regional pride is unique, its nature is calm and wild at the same time and its cities and towns are historical highlights. This diverse region is perfect for a road trip and has to be on your list!